“The team at SPG have been great to work with, and an incredible wealth of knowledge between all staff. The ability to think creatively and beyond my initial request, alleviates the what-ifs I hadn't thought of.”

Quicktech is Vancouver's premier provider of IT managed services for small and medium-sized businesses. Specializing in 24/7 monitoring, remote maintenance and support, IT infrastructure consultations and installations, hardware sales, and project management, with a proven track record of unparalleled customer service, customer satisfaction, and corporate growth.

Quicktech gets in front of Client’s needs with N-Central, fixing issues before they leave an impact

Once bombarded by false alerts and tickets, Quicktech has an N-Central platform that they can trust, and that reduces their workload instead of adding to it. As Director of Technology & Business Development, Dustin Cassar, said SPG was able to think creatively to create solutions to alleviate the what-ifs he hadn’t thought of.” Now instead of chasing false-positive alerts, Quicktech has increased its workload capacity and is looking to scale. 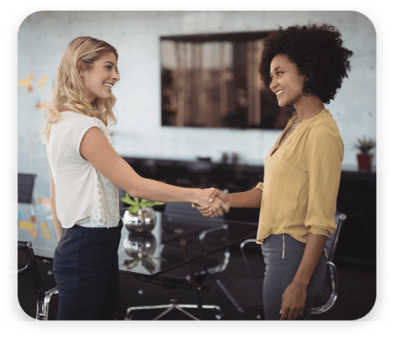 Implemented in 2016, Quicktech’s Solarwinds N-central platform structure was no longer aligned with what the company has grown to become. They needed to reduce the noise from alerts that were set up with the incorrect thresholds and priority, while also developing new or updating automation for monitoring, Windows 10 feature updates, and Automation & Patching.

Director of Technology & Business Development, Dustin Cassar, mentioned that Quicktech had lost trust in N-Central, not believing that the alerts were warranted, or that the automation was working correctly. Ultimately N Central became more of a headache and was wasting their service tech’s time, instead of helping to streamline their workflows.

Combining our firsthand MSP experience and N-Central expertise, we were able to help Quicktech identify and recalibrate the alerts and monitoring necessary to keep their client’s systems in good health. Once we could cut through the noise of false-positive alerts we began rebuilding their trust in their system.

From there we started tackling projects to get N Central to streamline Quicktech’s cumbersome processes like client onboarding. Dustin mentioned that he “made it hard for SPG since we had separate NOC boards that were client-specific and wanted the ability to easily change a client’s Alpha or Bravo team designation.” Dustin mentioned how impressed he was with SPG’s ability to craft these “amazing out of the box solutions to work around N-Central's shortcomings.”

Ultimately, we were able to give Quicktech the ability to get their N-Central working efficiently enough to allow them to move from being reactive to being proactive. With our help, they now can spot any problems in their client's environment as they appear on the horizon and quickly fix the issue before it affects their client’s productivity and ability to work.

Getting N-Central configured to this level of productivity has been like a breath of fresh air to Dustin & Quicktech. Dustin mentioned that these types of projects had been “on their To-Do lists for years” and knowing the results now he can’t believe he didn’t ask for help sooner.

Now we work with Quicktech here and there to further reduce their tech’s workloads via automation. Dustin described our work and its impact: “The scripts and monitors are thoroughly detailed and documented which allows me to easily train and roll them out to my team addressing concerns or automating tasks we used to do manually.” We love it when our partners keep the momentum going by continuing to improve and scale their business, we are invested in their success, and seeing them achieve their goals motivates us.

Looking To Reduce Your Workload Through Automation?